Buying companies that trade at low price-to-sales (P/S) multiples or have shallow market caps compared to peers in the sector is usually a hazardous and nerve-wracking venture. When we buy stocks on the cheap, we run the risk that they’re cheap for a reason — perhaps, for example, a company won’t be able to maintain revenue growth, or keep cash flowing through its business.

But there is ample money to be made by the investors who can pick out the diamonds in the rough. Today, let’s look at why a consumer-favorite pot stock, a pharmaceutical developing an innovative opioid, and a well-capitalized construction contractor are among the best emerging small-cap stocks to buy now. 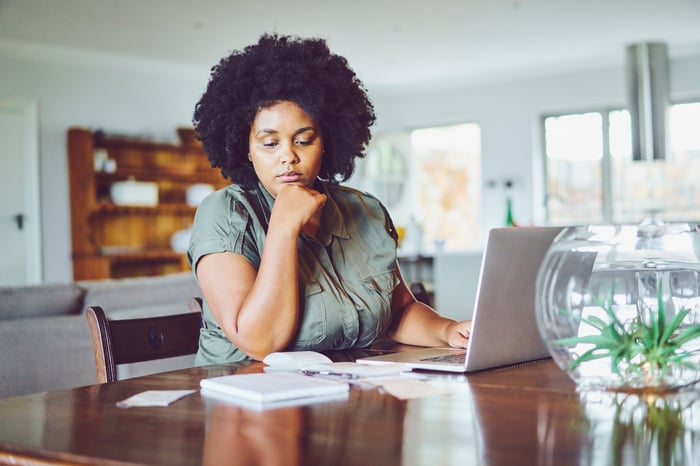 Charlotte’s Web (OTC:CWBHF) currently holds the number-one consumer cannabidiol (CBD) brand in North America in terms of awareness, product loyalty, and market share. The company sells its hemp-derived CBD in more than 22,000 retail locations across the continent. It has a near-complete selection in this segment, ranging from edibles to pet CBD and over-the-counter remedies, to bath and beauty products.

Last year, its growth took a temporary hit as the coronavirus pandemic took its toll on discretionary spending. Nevertheless, the company’s sales amounted to $100 million, a slight increase over the $94.6 million it had in 2019. Charlotte’s Web is an up-and-coming business with a $640 million market cap, and so far has managed a 60% gross margin.

The company also has a robust e-commerce segment and leads the next competitor by 33% to 200% in terms of market share. It also has $128.6 million in working capital and no debt. Overall, this is a well-rounded hemp stock that you do not want to miss out on.

Trevena (NASDAQ:TRVN) is a small-cap pharma company that is looking to play a role in addressing the opioid epidemic. It is in the early stages of marketing its painkiller, Olinvyk, which is a slightly less effective version of intravenous morphine. Rest assured, though — its secret sauce isn’t so much about efficacy, but safety.

Olinvyk offers a 40% to 73% risk reduction compared to intravenous morphine in terms of causing serious adverse events like nausea, vomiting, and respiratory depression. A company-created cost-benefit analysis estimates hospitals that use Olinvyk can see more than 10 times cost savings compared to traditional morphine per patient. This can also be accomplished while maintaining a reasonable level of acute pain relief.

The maverick pharma is seeking to target the $1.5 billion market for hospital anesthetics in the U.S. It has a goal of selling enough Olinvyk for 9 million surgical procedures as a start. With enough capital to fund its operations through Q4 2022 ($109.4 million cash and equivalents), I anticipate a strong growth trajectory for Trevena in the near future. Compared to its total addressable market, this is a company with a market cap of only $293 million, making it a great investment opportunity despite not having any product revenue yet.

With no leverage whatsoever and a cash balance of over $440 million, Argan (NYSE:AGX) is a great value construction firm to add to one’s portfolio. The company provides construction services for power generation and renewable energy, fabricates industrial steel, installs turbines and boilers, and assembles telecom infrastructure. Its best segment comes from its subsidiary Gemma Power Systems, which has installed 15 gigawatts of power capacity across the U.S. since inception — the equivalent of about six nuclear power plants.

The company acquired Gemma Power Systems in Dec. 2006 for just $33 million. Since then, the firm has generated over a 75% internal rate of return year over year. Argan also recently secured a $3 billion contract to construct a 6.4-gigawatt natural gas power plant. Before that, it already had more than $1 billion in project backlogs.

Argan had a challenging 2020 when the coronavirus pandemic put a halt to construction activity. The company’s revenue and net loss in that period amounted to $239 million and $42.7 million, respectively. However, this year it expects its sales to rebound sharply to $343 million and break even in terms of net income. Its sales previously hit an all-time high of $893 million in 2018, which then fell sharply as the company encountered significant and escalating difficulties in completing a U.K. based…

Elon Musk’s brain-implant ‘Neuralink’ could test in people soonAfter sharing a video of a monkey playing video games with...

– Getting Diamonds in Ragnarok X just got a lot more convenient for players in Southeast Asia . Nuverse, the...