5 Biggest Stories of the Stock Market You Missed in February


As we wrap up another wild month in the stock market, a look back at these headlines could provide some valuable insight for long-term investors. The S&P 500, Nasdaq, and Dow Jones each set new all-time highs in February before giving up some of their recent gains. 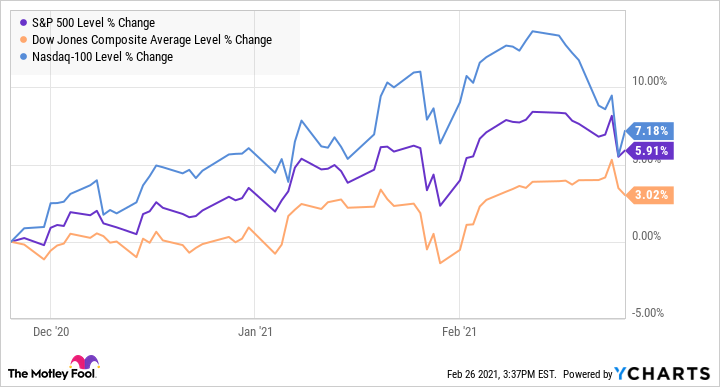 Meanwhile, the VIX volatility index dropped from its Jan. 2021 spike to reach the lowest level since the pandemic hit the US. It has since inched back up as investors try to balance the economic recovery, equity valuations, inflation concerns, and monetary policy expectations. Volatility is still a bit high as the index sits around 27, above the long-term average level. There are certainly risks present in today’s market, but bulls continued to be rewarded in February. 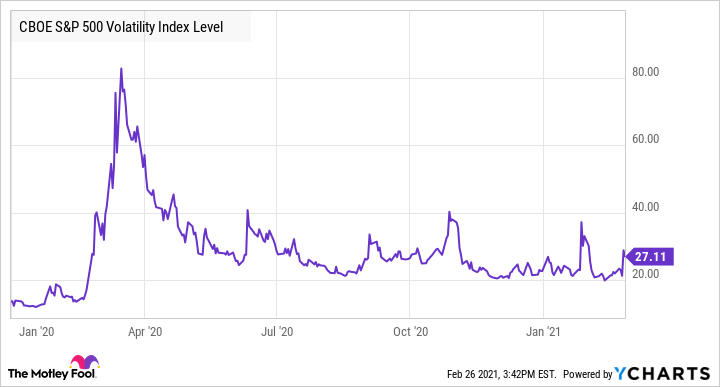 Digging a bit beneath the surface reveals some important details about where we stand and where we might be going.

Earnings season revealed promising signs of recovery for the largest U.S. companies, which should ease some fears that we’re sitting atop a stock market bubble. According to Factset, more than 75% of S&P 500 companies reported higher-than-anticipated revenue and earnings in the fourth quarter. Those are some of the highest percentages in over a decade (Factset started compiling the data in 2008). Overall, the S&P 500 grew profits 3.2% year over year, reversing the consistent pattern of declines in the first three quarters of 2020.

Earnings guidance can offer some important insights into the state of the economic recovery, and here, the forecasts are a mixed bag. Despite generally encouraging performances in the fourth quarter, only 63% of S&P 500 companies that provided earnings guidance were positive. That suggests an overall favorable outlook, but uncertainty remains for this year. 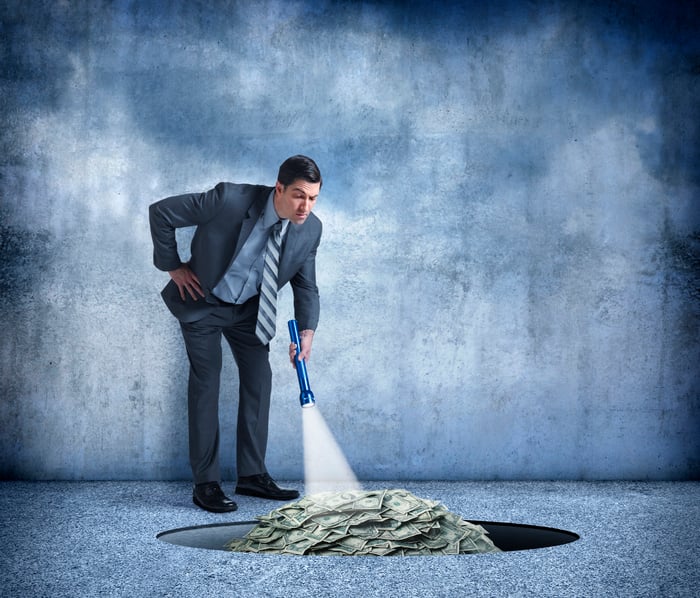 2. The unemployment situation is worse than it looks at first glance

January’s employment statistics painted a positive but uninspiring picture. The U.S. economy added 49,000 net new jobs, and the unemployment rate fell 0.4 percentage points. That was an improvement, but the country still has 10 million fewer people employed than it did before the pandemic. Moreover, only 6,000 of January’s new jobs came from the private sector, and the workforce participation rate is nearly two percentage points lower than it was one year ago.

These statistics do not indicate that the country is in the midst of a rapid or broad recovery. A surge of economic activity might take hold in a few more months as the U.S. moves further away from this past winter’s sharp spike in COVID-19 hospitalizations, but that still remains to be seen. A deeper look into the data also reveals an abnormally large percentage of people who have lost their jobs for a second or third time in the past year. Also, some industries and population demographics aren’t sharing equally in the improvements, further underlining the tepid nature of recovery to date. The stock market will struggle to sustain its current valuation levels without broad-based support from improving business fundamentals.

The yields on 10-year Treasury notes have slowly risen, and they took a noteworthy jump in late February. Without getting too technical, this means that the prices of existing bonds are falling because investors are anticipating higher interest rates on bonds that will be issued in the near future. The market is sending signals on the rising likelihood that the Fed will taper its bond-buying activity — a policy shift that could be triggered by positive economic news and rising concerns about the possibility of inflation.

Public remarks by the Federal Reserve’s regional bank presidents have indicated no such change in policy is imminent, but the market has taken note of the relevant economic indicators tracked by monetary authorities. It obviously depends on a number of circumstances, but Fed tapering could send tremors through the stock market. This exact effect was on display in the “Taper Tantrum” of 2013 which occurred as the Fed moved to ease back from the historic quantitative easing it had initiated in response to the global financial crisis.

Bank of America published its annual Global Fund Manager Survey, which collects sentiment and allocation data from a wide number of people who manage large sums of capital….

Read More: 5 Biggest Stories of the Stock Market You Missed in February

House prices across the country had their biggest quarterly increase in more than a decade through the first three...

On equity markets, the bumpy ride of 2020 has been replaced by a linear rise in indexes since the...

A mixed bag ahead of Fed, with China and Aussie closed

Asia-Pacific shares started the new session on a lower on Monday. Risk aversion keeps investors away from riskier assets....

Here’s what the second half of 2021 could look like

Joseph Gillis Jr. is nearing retirement and has piled money into his nest egg during the pandemic. But he is...

U.S. stocks reversed gains and were trading in the red Friday afternoon a day after the S&P 500 set a...

Bitcoin Is a Big, Risky Bet That Can Pay off Big Time

The housing market is crazier than it’s been since 2006

Is Guinea the next frontier to be hit by the West African gold rush?

BOE Preview: Economic Forecasts to be Upgraded, while QE Tapering to Begin in

An essay on Japan’s monetary policy experience and lessons

Bitcoin Extends Drop After Weekend Rally to Record Above $61,000