Bitcoin is trading near $66,000 in South Korea as ‘Kimchi Premium’ returns

Bitcoin is trading near $66,000 levels in South Korea as “Kimchi Premium” has returned.

Kimchi Premium is the spread between bitcoin’s price on South Korean crypto exchanges and Western exchanges.

Bitcoin is currently trading at around $66,200 on Bithumb, according to TradingView. That is whopping about 15% or $9,000 higher than bitcoin’s price of around $57,000 on Coinbase. 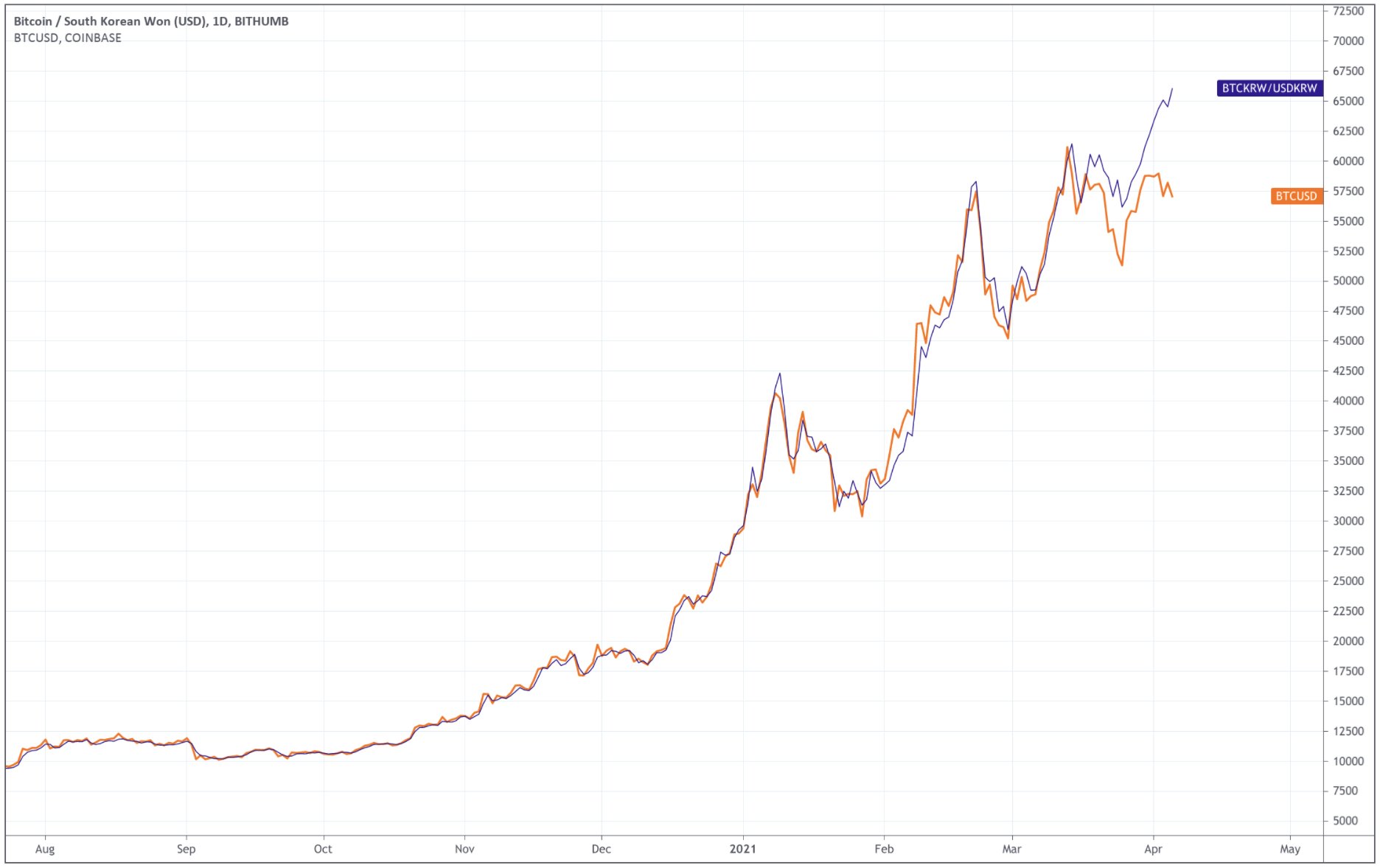 Ether (ETH) is also trading higher at around $2,350 on Bithumb compared to $2,020 on Coinbase, according to TradingView.

The Kimchi Premium suggests rising demand for bitcoin and ether in South Korea as the cryptocurrency market continues to soar worldwide.

While there is Kimchi Premium, that doesn’t mean one can buy bitcoin or ether at a lower price globally and sell it at a higher price in South Korea. That is because Korean crypto exchanges don’t accept foreign clients due to local regulations.

Korean citizens also cannot buy cryptocurrencies at lower prices on global exchanges because these exchanges don’t support Korean won. Binance and OKEx had local exchanges in Korea, but both shut them down recently.

Read More: Bitcoin is trading near $66,000 in South Korea as ‘Kimchi Premium’ returns

The Stock Market Gets Delayed Gratification from Jobs and Tesla

5 things to know before the stock market opens Monday, April 5

Solana isn’t widely known yet outside of the crypto community. But insiders think the blockchain platform is interesting for...

The DarkSide ransomware affiliate program responsible for the six-day outage at Colonial Pipeline this week that led to fuel...

5 things to know before the stock market opens Monday, April 5

Predicting The Bitcoin Price With S2F