LONDON — With Britain still in lockdown and designers grappling with complex, costly paperwork and trading post-Brexit, fall 2021 will likely be remembered as the season of choking on red tape.

London Fashion Week begins today and runs through Feb. 23 and while the showcase is coed, and open to the public, it’s an unusual time. Many big names, including JW Anderson, Erdem and Christopher Kane, are opting not to show on the calendar, and London’s biggest brand, Burberry, is releasing men’s wear only, with women’s to come at a later date.

It’s also a season of London looking outward — and seeking solutions in a challenging time for British business.

The British Fashion Council, which puts on the shows, has secured major new sponsors in the two tech companies TikTok and Clearpay — neither of which is British — and is taking a slice of LFW to Seoul, South Korea, via a collaboration with multibrand retailer Boon the Shop. 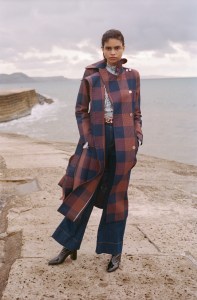 The project, supported by the British government’s Great Campaign, will showcase 11 designers including Alessandra Rich, Alighieri, Charles Jeffrey Loverboy, JW Anderson and Wales Bonner. The BFC will also co-host an online forum, in collaboration with WWD Greater China, focusing on British designer businesses in the region.

International buyers, too, are attempting to look beyond the immediate costs and complications of trading with U.K. companies, and continue to look for creativity here.

Designers will certainly need that support as they navigate through the time-consuming and expensive maze of post-Brexit trade with the European Union.

While Britain may have struck an eleventh-hour free trade deal with Europe — avoiding potentially onerous World Trade Organization tariffs — fashion houses here still have to face the reality of filling out multiple value-added tax forms; decide who pays VAT, and bankroll the extra charges on the materials and supplies they import from regions such as Asia, and then later export as finished goods to the EU.

“It’s a mess,” said Stefano Martinetto, chief executive officer and cofounder of the international fashion showroom, and brand owner, Tomorrow London, describing business post-Brexit. “At the moment I can’t see a single advantage to the industry.”

He said Tomorrow is fortunate in that it was able to hire experts to help the business chart a path through the new regulations — although that path is proving expensive. 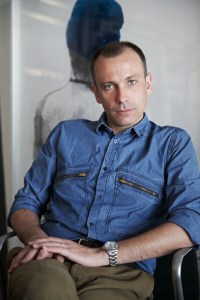 Tomorrow is having to take on extra warehousing in the U.K. and in France, and has committed to paying duty on all deliveries to retailers outside the U.K. “We’re doubling up on costs and operations to protect our customers. In the end you have to fight hard to protect your customer,” he said.

Temperley London CEO Luca Donnini is facing similar challenges. He said the new trading requirements will force most U.K. producers to open a branch, or appoint a VAT representative, in Europe to ensure that deliveries are consistent and competitive.

“Luckily, we have already organized a logistics platform for this purpose in Italy to avoid additional delays in delivery lead times,” Donnini said.

Valery Demure, who has an established jewelry showroom in London, is taking a different route. “Brexit is definitely going to be serious — and we are not talking of teething issues. Lots more paperwork, VAT costs, duties, and having to use brokers to navigate issues with customs,” she said.

“I am definitely looking into relocating the main part of our operations to Europe, and keeping a team in London.”

Larger companies and platforms, such as Burberry, Next and Asos, are incurring millions of pounds in extra Brexit costs, opening bonded warehouses and paying lawyers, accountants and trade experts to pick through the complex rules of origin and VAT costs of doing business with Europe.

Smaller brands and independent labels that source and produce in the U.K. — such as some Savile Row tailors — aren’t suffering as much as they don’t have to pay extra duty on imported raw materials or manufacturing. That said, they’re not exactly celebrating the return of the carnet, or international customs document, and all the extra red tape.

Businesses that are sourcing and manufacturing outside the U.K. are really feeling the heat, and many do not have…

Uber, Palantir, Deere, Arista: What to Watch When the Stock Market Opens Today

Bed Bath & Beyond is kicking off one of its biggest brand campaigns to further solidify its position in...

Uber, Palantir, Deere, Arista: What to Watch When the Stock Market Opens Today

‘Stop this destructive giveaway’: Fight against US mine picks up | Environment

Sector Market Overview – Communications are Breaking Out and Poised to Trend

The $1,400 stimulus checks are already landing in people’s bank accounts