Celsius And Fantom: 2 Cryptocurrencies That Have Reached Critical Mass


This article was written exclusively for Investing.com

At the end of last week, was sitting at just under the $59,000 level and at time of writing it’s back over $60,000. During the same period, was over $2,070 per token and is now trading above $2,100. The parabolic moves for these cryptocurrencies have been perhaps the most dramatic in our lifetimes.

Some crypto devotees continue to believe that there is lots of upside left for the two leaders that hold over 67% of the entire digital currency market cap. While their share is dominant, it has been dropping recently, meaning other tokens are outperforming the leaders.

Finding value in the digital currency arena is a highly speculative adventure. With 9,190 coins to choose from at the end of last week, there are hidden gems for the future. However, the vast majority will fade into the abyss. Many of the tokens with marginal market caps are nothing more than lotto tickets with slim chances of a pay-off for investors.

When searching for value in this new asset class, I look for the tokens that have already established a degree of critical mass. The $1 billion market cap level is currently my cutoff for consideration. (CEL) and (FTM) are two tokens above the one-billion level. As well, they’re in the top 100 of the cryptocurrency hierarchy.

The chart above highlights that Bitcoin was consolidating at the end of last week, just a stone’s throw away from its all-time peak.

The market cap of the 9,190 digital currencies stood at the $1.986 trillion level. Bitcoin’s total value was at $1.091 trillion, and Ethereum’s was $240 billion, amounting to 67% of the asset class’s market cap. The other 9,188 cryptos account for 33%, but the top-tier digital currencies have a far larger share.

The top ten and their market caps include:

The other 9,180 tokens share under 19% of the digital currency asset class’s market cap.

The remaining 7,000+ tokens were nothing more than lotto tickets with little chance of paying off. There may be diamonds in the rough out there among the low-value tokens, but the odds are that most will fade into a worthless abyss and become dust collectors in those digital wallets in cyberspace.

When looking for an opportunity in the asset class, as I said earlier, I favor those with $1 billion market caps and higher. Liquidity is critical for any investment. The ability to buy and sell on a tight bid-offer spread increases the chances of profits. In the digital currency world, liquidity improves the odds of a token’s survival.

Currently, Celsius (CEL) is the 69th leading cryptocurrency. The celsius network is a financial technology or fintech platform that offers interest-bearing savings accounts, borrowing, and payments with digital and fiat assets. Celsius returned 80% of its revenue to network users in rewards, while the other 20% funds project expansion. The celsius website highlights the network and its “utility” token. 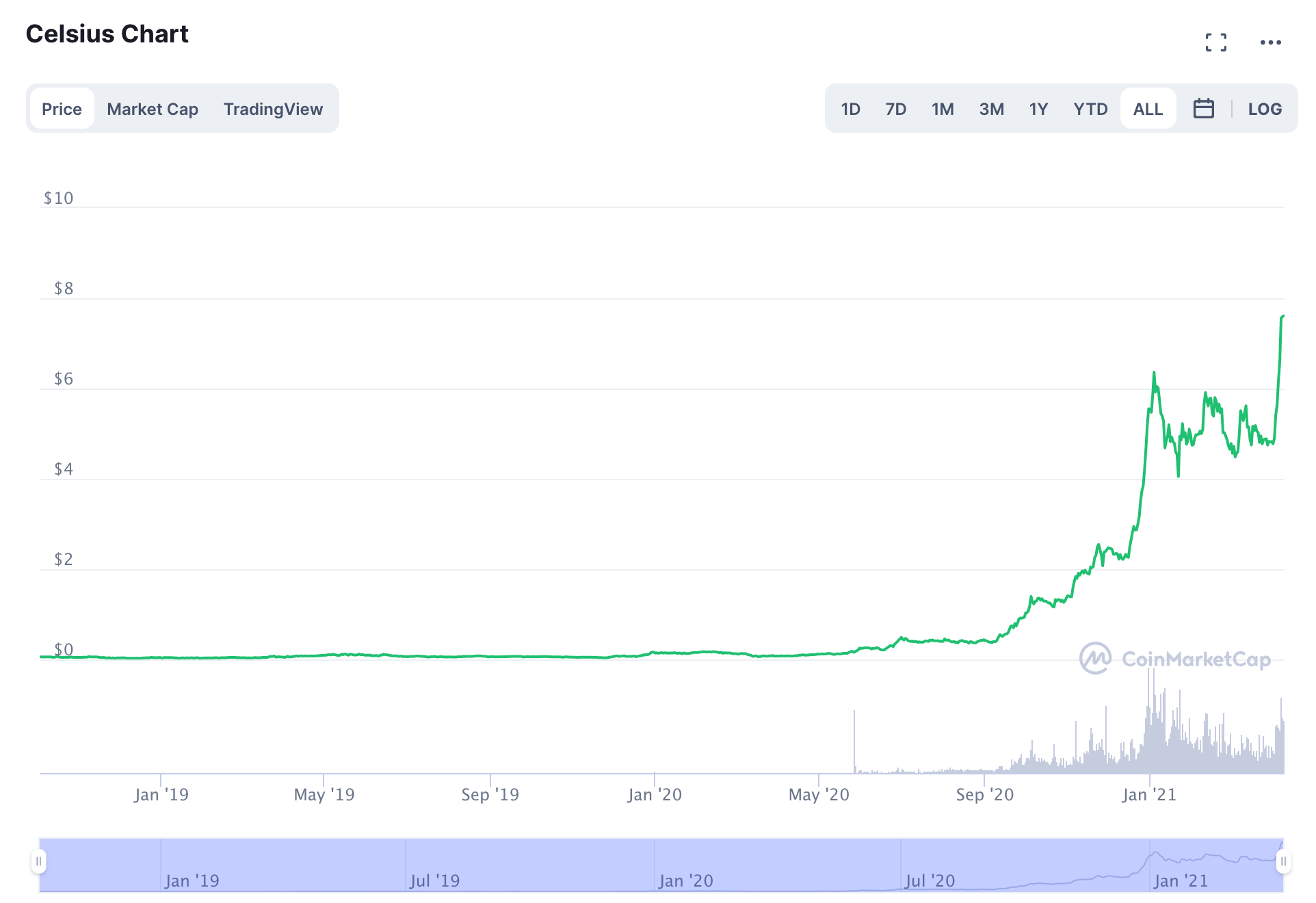 As the chart shows, the CEL token has traded from a low of under five cents to a high of $7.61 since October 2018. The token has been trending higher, rising from below 37 cents in September 2020 to the most recent high last week. At over the $1.8 billion…

The Blue Jays on Friday placed infielder Joe Panik on the 10-day injured list with a left calf strain,...

Opinion: If you want to own international stocks, invest in these 3 countries in

This weekend, millions of viewers will watch one of America’s most famous entrepreneurs, Elon Musk, co-founder and CEO of...

GENEVA, May 6 (Reuters) - A tiara passed down through generations of Italy's royal family will be among the...

Fed Refrained from Giving Any Hint about QE Tapering

Top Cryptocurrencies To Buy In 2021? 4 To Watch Right Now

Rehiring retail and service industry employees proving difficult for some