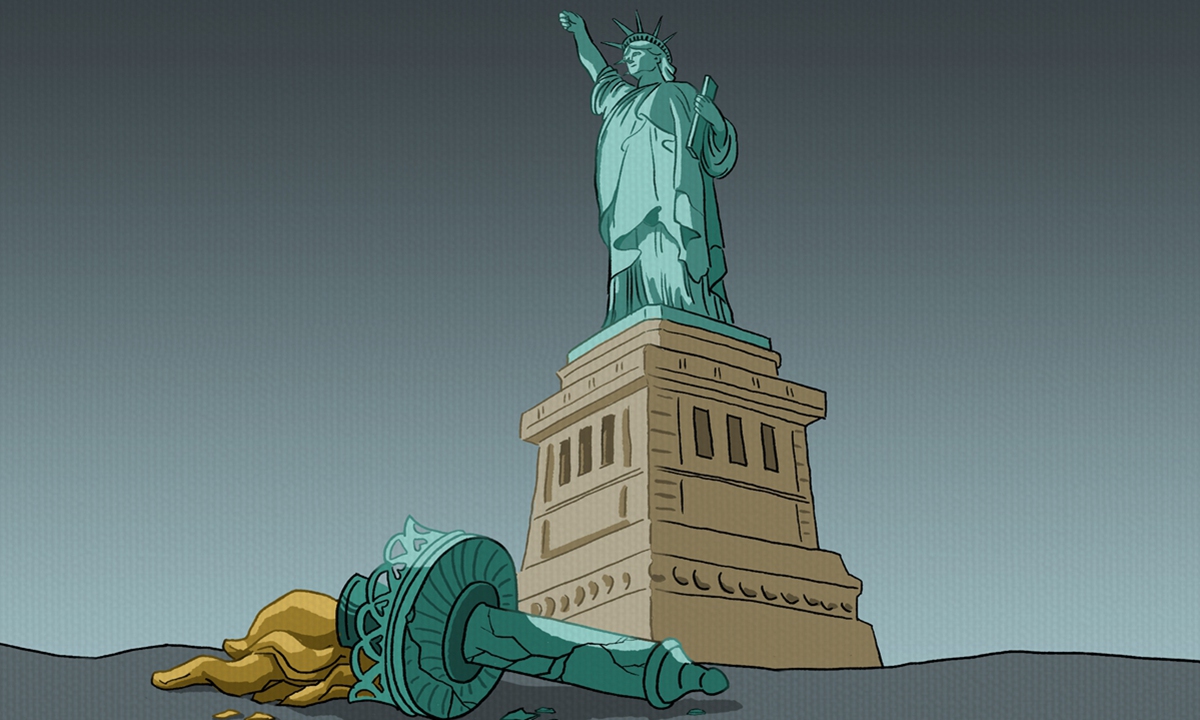 The National Interest published an article entitled “The New ‘End of History'” by Parag Khanna, an Indian American scholar at the National University of Singapore, on its website on March 6. In the article, the author discusses the idea of the “end of history” proposed by the US political scientist Francis Fukuyama. In general, Khanna points out Fukuyama’s concept of the “end of history,” which argues that the political, economic and social structure model under neoliberalism is the “final form” of mankind. Khanna says this is no longer tenable, but there is no need to worry about the so-called threat posed by the rise of China.

That is because “Asia’s gold-standard democracies” such as Japan, “are the vanguard of… the new Asian values… that are far more likely to become a global set of norms than post-truth Western democracy.”

Yet why should we be so keen on studying the “end of history” when the COVID-19 pandemic is apparently not effectively controlled? What is the deeper motivation behind such thinking? The answer is quite obvious. The failure of governance mechanisms and models under neoliberalism is reflected by the failure of the attempts to control the impact of the pandemic in developed countries – namely those in Europe and the US. By contrast, China has achieved greatly in fighting against the coronavirus. This is why Fukuyama said in an interview with French media Le Point in April 2020 that we have seen the tail of the comet of neoliberalism.

This is also in stark contrast to China’s understanding of the development of the world. In August 2020, Chinese State Councilor and Foreign Minister Wang Yi said that, “the differences or contradictions between China and the US are not a struggle for power, status, or social system, but the persistence of multilateralism or unilateralism, and the advocacy of win-win cooperation or zero-sum game. This is the essence of the current problems facing China-US relations.”

This is a manifestation of two different understandings. To put it more bluntly, the passionate search for the “end of history” mirrors a distorted mentality. If we look at this from the point of view of psychological motivation, this constant emphasis to seek results highlights a certain sense of fear and anxiety. The basis of this fear is actually rooted in the worry of the endogenous contradictions of the capitalist mode of production.

Both Fukuyama and Khanna’s close observations of Western societies and their understandings of related theories cannot fundamentally deny the discussion and analysis of the classical Marxist researchers on the internal contradictions of capitalism.

On the other hand, since the capitalist system began to expand globally, especially since the US ratcheted up efforts to construct a West-led international system after 1945, it has continually provided some hope for Westerners, hoping that the fear mentioned above could be diluted or even eradicated.

Anxieties dominated by such a fear need to be vented under certain circumstances. The disintegration of the former Soviet Union in 1991 brought about unexpected joys to the West. Fukuyama analyzed this particular historic event as an inevitable one and constructed a set of comforting “end of history” theories from this case. Ironically, the theories were so successfully spread, making the US-led West live in a state of self-hypnosis, squandering the dividends they have been benefiting from the Cold War. But at the end of the dream, they were awakened up by the setbacks in dealing with the COVID-19 pandemic. And it subsequently encountered unexpected sufferings.

The understanding of the world by scholars like Khanna is a result of the West’s long-term colonization of non-Western countries. So when they see that the West is fatigued, they are still brave enough to talk about a new “end of history” era.

In a certain sense, the discussion of the “end of history” is meaningful. It serves as evidence that current West-led order is shaking to its core. But it is pointless to be indulged in this game of words when the world is overshadowed by the pandemic, and when all sides need to unite to combat the virus.

It is time to get rid of the twisted obsession with the “end of history” theory. Today’s world needs effective actions instead of an endless war of words.

What share for gold? On the interaction of gold and foreign exchange reserve

© Reuters. By Barani Krishnan  Investing.com - What the world knows and what it fears are two different things....

How to Fix Globalization – The Atlantic

Few ideas today are more unfashionable than globalization. Across the ideological spectrum, a once-robust consensus about the liberating power...

For the first time since the onset of the global pandemic, which began in March 2020, the Federal...

ION announces successful completion of its Exchange Offer and Consent

Dow Jones Bullish Momentum: 1.85% Up Since The Last Session