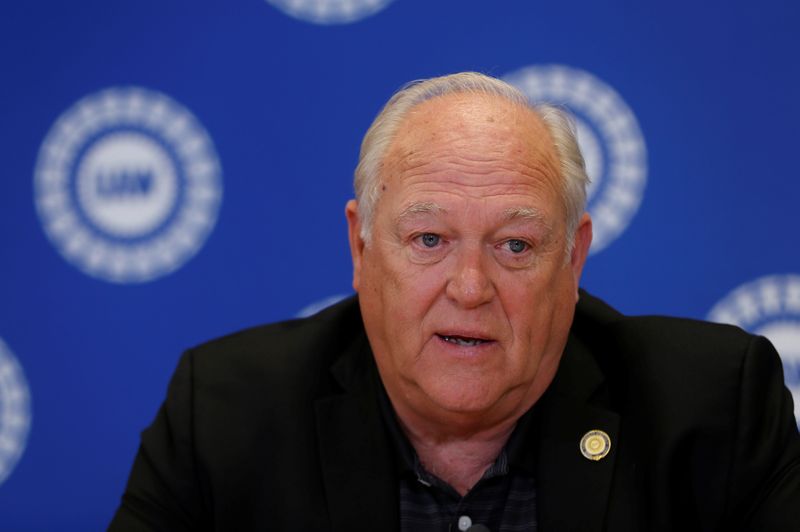 DETROIT (Reuters) – The former president of the United Auto Workers, Dennis Williams (NYSE:), was charged in Detroit on Thursday with conspiring with other union officials to embezzle hundreds of thousands of dollars in UAW funds, U.S. prosecutors said.

Williams, of Corona, California, was charged with conspiring with Jones and others to embezzle money between 2010 and September 2019, according to the U.S. Attorney’s Office in Detroit. Williams was the head of the union from June 2014 to June 2018.

“The charges today are further steps forward in our relentless effort to ensure that the over 400,000 men and women of the UAW have honest and ethical leadership,” U.S. Attorney Matthew Schneider said in a statement.

Schneider has said the union still needs to reform and a federal takeover remains an option.

Based on the charges, Williams faces a maximum of five years in prison and a fine of up to $250,000, prosecutors said.

Attorneys for Williams could not immediately be reached to comment.

Williams is the 15th defendant to be charged in connection with an ongoing criminal investigation into corruption within the UAW or relating to illegal payoffs to UAW officials by Fiat Chrysler Automobiles (FCA) executives.

Williams accepted housing for himself and friends at private villas in Palm Springs, California, golf clothing and other merchandise, rounds of golf, meals, high-end liquor and cigars provided by co-conspirators, all paid for with union funds, prosecutors said.

The union said anyone who violates their responsibility to oversee members’ dues money should face criminal penalty.

“Today’s development is a sad day for UAW members,” the union said in a statement. “Let us begin to turn the page to a better union — but let us never forget the painful lessons of the past.”

An arraignment date for Williams has not been set.

The digital age is here, and it’s become an indispensable part of our lives. It’s penetrated nearly every sphere...

What We Learned About Atul Auto’s (NSE:ATULAUTO) CEO Compensation

Jayantibhai Chandra is the CEO of Atul Auto Limited (NSE:ATULAUTO), and in this article, we analyze the executive's compensation...

Are you a car lover? A digital asset enthusiast? Well good news – Mazzanti Automobili has just announced that...

State Dining Room 4:40 P.M. EST THE PRESIDENT:  Good afternoon.  The Vice President and I had a very productive...

Is the Stock Market Closed Monday? Here Are the Presidents Day Hours.

Dow Jones Bearish Momentum: 2.03% Down Since The Last Session

SEC Halts Trading in 15 Firms Due to Questionable Market Moves