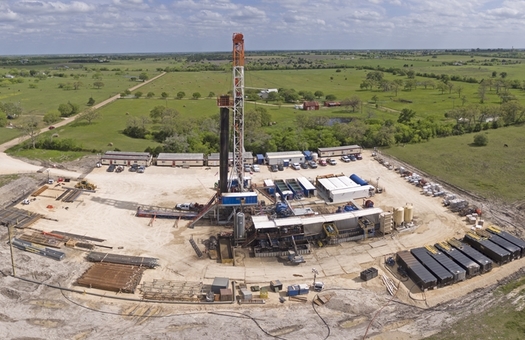 The U.S. Interior Department is conducting a comprehensive review of the program that leases public lands and offshore waters for oil, gas and mineral production. (Jeffery/Adobe Stock)

GREEN RIVER, Utah – The Biden administration has ordered the Interior Department to conduct a review of the federal government’s oil-and-gas leasing program on public lands, with an eye toward better management.

About 38 million acres of onshore and offshore public lands are under lease, but critics says the program has been fraught for decades with organizational, financial and environmental problems.

Aaron Weiss, deputy director of the Center for Western Priorities said the government isn’t getting a fair financial return for taxpayers, and has allowed the environmental degradation of America’s public lands.

“Our hope is that the administration comes forward with a set of recommendations on how to fully modernize the program,” said Weiss, “so that we are fully accounting for the costs of oil and gas that is being extracted from America’s public lands.”

Weiss said three-quarters of the oil-and-gas leases are non-producing, which prevents them from being used for other purposes.

The Interior Department has scheduled a virtual forum on March 25 to gather public input for the review.

Weiss said he thinks the government also needs to set and enforce stricter environmental regulations, and address the mounting cleanup and remediation costs for abandoned wells, which he said are a major source of greenhouse gases.

“Making sure that the existing laws and policies that are on the books are fully compliant with bedrock conservation laws,” said Weiss, “like the Endangered Species Act, like the Clean Air Act. A combination of regulatory and legislative action.”

The day-long forum will feature panels of industry representatives, labor and environmental groups, and other experts. Weiss said he believes the leasing program needs a top-to-bottom overhaul.

“Just the fees that they pay for leasing these public lands, those start at a $1.50 an acre,” said Weiss. “So, for the price of a cup of coffee, you can lock up acres of public lands and prevent them from being put to other use.”

The Interior Department plans to release an interim report by early summer. More information on the review and how to participate in the livestreamed seminar will be posted soon at ‘DOI.gov.’

new issue of MINE Australia out now

Map indicates neighborhoods on which the study focused. A new USC study links living by urban oil wells with...

The U.S. Department of Justice on Monday filed a federal lawsuit against an Oil City couple who run a...

new issue of MINE Australia out now

Why Marathon Digital Holdings Stock Fell Today Along With Other Cryptocurrency