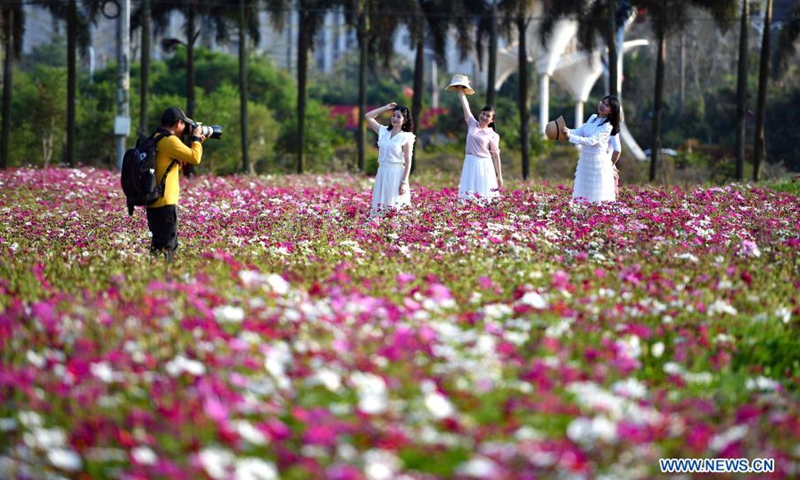 Among the 110 projects that have started construction, the majority cover areas basic infrastructure, public service, people’s livelihood, technology and industrial development, according to a statement on the Hainan provincial government website.

Specifically, eight projects in Yangpu Economic Development Zone – which is planned to be built into an important base in Hainan for attracting advanced manufacturing projects – are about new material, high-end medical equipment and smart logistics.

Other projects include a science and technology city in Sanya city, with an investment of 2.95 billion yuan, and a biomedicine health research center under Hainan University, the statement noted.

Industry observers and local entrepreneurs said that they hope the industrial upgrade and better transportation network could further translate the tropical island into a pilot zone for free trade and a magnet for foreign investment.

“Hainan has a unique geographic advantage, making it a perfect destination to push forward an innovative free trade system that could be similar to that of Hong Kong,” a Sanya-based yacht company manager surnamed Xie told the Global Times on Sunday.

Meanwhile, Hainan’s climate and relatively cheap cost of production could draw in more technology firms, including those from abroad, to set up research and development centers there, according to Xie.

So far this year, a total of 249 projects have begun construction in Hainan, with an investment of 70.8 billion yuan.

In June, China released a master plan for the Hainan free trade port, aiming to build the southern island province into a globally-influential high-level free trade port by the middle of the century.

A free trade port system concentrating on trade and investment liberalization and facilitation will be “basically established” in Hainan by 2025 which will be advanced or full-fledged by 2035.

Oil prices keep grinding higher after The Wall Street Journal reported that OPEC and its allies are considering raising...

Mostly dry conditions, but trades to lighten up

Light to moderate trade winds will continue into Wednesday night, with clouds and light showers over windward areas during...

A Georgia Ikea store has apologized for its effort to honor Juneteenth with a menu that included dishes associated...

Bitcoin falls below $30,000 after China’s crackdown: Everything you need to know

Chesnot/Getty Bitcoin broke in the New Year in a particularly powerful way: By breaking the $30,000 price barrier for...

Bitcoin’s energy consumption has jumped 80% since the beginning of 2020,

Economic Calendar – Top 5 Things to Watch This Week By Investing.com