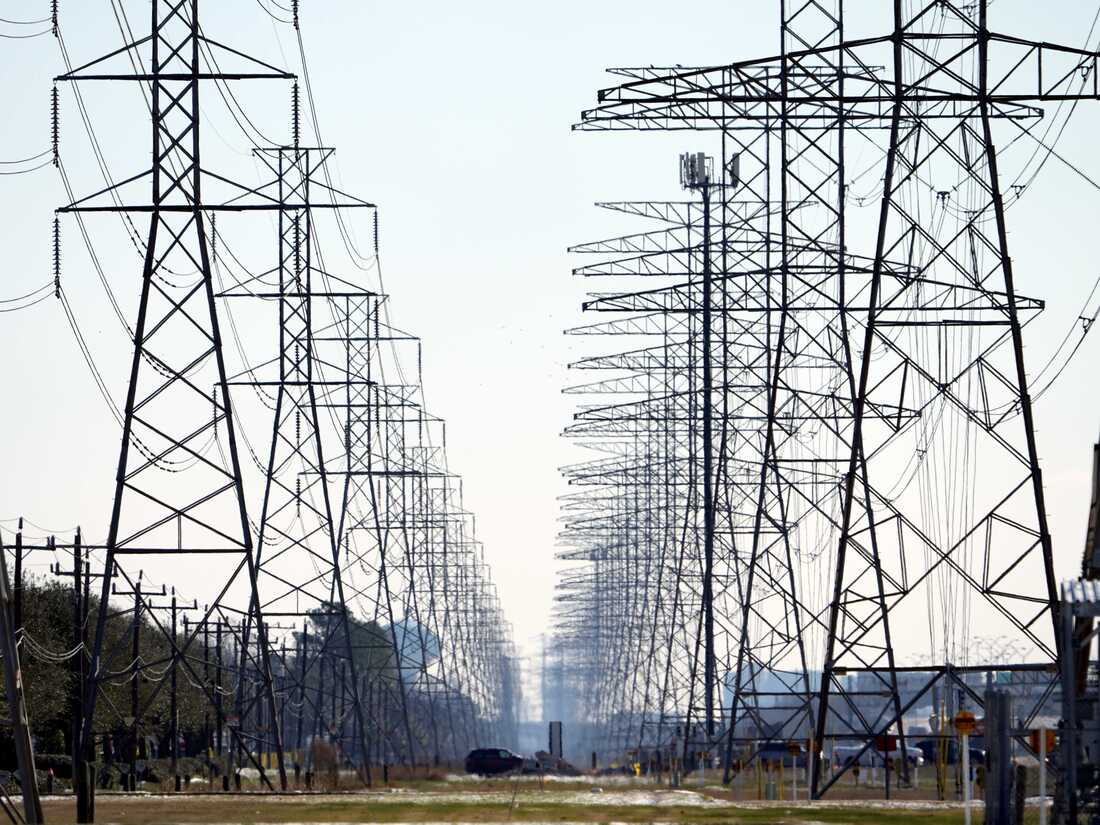 Power lines near Houston on Feb. 16, 2021. Some residents of Texas are facing enormous power bills after wholesale prices for electricity skyrocketed amid a massive grid failure. 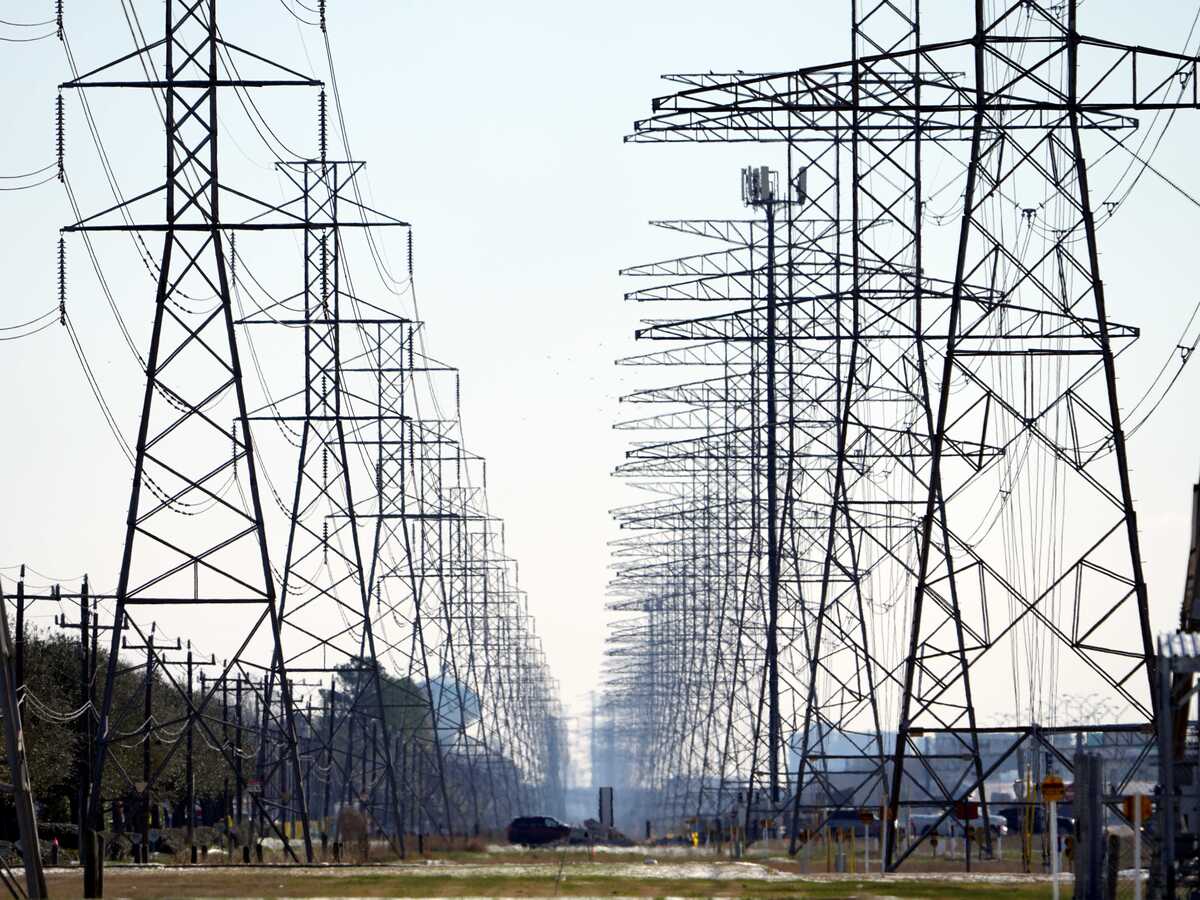 Power lines near Houston on Feb. 16, 2021. Some residents of Texas are facing enormous power bills after wholesale prices for electricity skyrocketed amid a massive grid failure.

Millions of Texas residents suffered last week when a winter storm caused a statewide electrical grid failure. But those who had power, even intermittently, are also paying a price. Literally.

Many residents face enormous bills for the electricity they used during the storm.

Residents with variable-rate power plans are being hit the hardest. Such plans charge different prices for electricity depending on how much demand there is. The more demand, the higher the price.

Variable-rate plans are enticing to many people because the price of electricity is often low during normal weather conditions, and because it theoretically allows people to use more electricity when the price is lower — for example, by running appliances overnight.

But when a winter storm caused Texas’ grid to all but shut down last week, the wholesale price of electricity skyrocketed.

One of the most popular wholesale plans in the state is offered by the company Griddy. As the storm moved in, the company took the extraordinary step of urging its customers to switch to a different electricity provider. But it was too late for many residents. Switching electricity companies can take days, and in the meantime the price of electricity increased dramatically.

Updated Griddy bill! 1300 sq ft. Heat set at 60, no laundry, no running dishwasher, no stove/oven cooking, only used air fryer , lights off during the day candles at night most of the time , Tv on some. Some how they say I used 1772 khw. $5,000 @wfaa @FOX4 pic.twitter.com/r1eidadyur

Griddy laid the blame with the Electric Reliability Council of Texas (ERCOT), which manages the vast majority of the state grid, and the Public Utility Commission of Texas. As the storm caused temperatures across the state to plummet early last week, the utility commission ordered the council to allow prices to increase to reflect the lack of supply. As a result, electricity prices skyrocketed.

The average price for electricity in Texas in the winter is about 12 cents per kilowatt-hour, according to the U.S. Energy Information Administration. Texas utility regulators allowed that price to rise to $9 per kilowatt-hour.

Officials for ERCOT and the Public Utility Commission of Texas were not immediately available for comment.

“We intend to fight this for, and alongside, our customers for equity and accountability – to reveal why such price increases were allowed to happen as millions of Texans went without power,” Griddy’s leaders wrote in a blog post.

On Saturday, Texas Governor Greg Abbott held an emergency meeting to discuss the exorbitant energy bills. “We have a responsibility to protect Texans from spikes in their energy bills that are a result of the severe winter weather and power outages,” the governor said.

It’s still unclear how many Texans are facing huge bills. At the Saturday meeting, a group of nine bipartisan state legislators, “focused on the need to quickly calculate the total cost of these energy bills and how the state can help reduce this burden,” according to a statement released by the governor’s office.

Meanwhile, Texas Attorney General Ken Paxton has launched an investigation. His office is seeking documents from ERCOT, including communications between the council and electricity providers about “energy pricing and/or price increases” during the…

Americans are becoming increasingly bullish on cryptocurrency as bitcoin soars

Mexican President Andres Manuel Lopez Obrador looks on during a during a ceremony at Palacio Nacional in Mexico City,...

The clearance of a third vaccine comes at a critical time in the pandemic: After weeks of steadily declining...

Covid-19 Live News: Updates on the Virus and Vaccines

Here’s what you need to know:Doses of Johnson & Johnson’s vaccine in a refrigerator at a hospital in Klerksdorp,...

SAN FRANCISCO (AP) — A federal judge on Friday approved a $650 million settlement of a privacy lawsuit against...

‘Sum Of Us’ Examines The Hidden Cost Of Racism — For Everyone

Central Banks And Stimulus Bets Will Drive FX This Week

China Charges Ahead With a National Digital Currency

Did You Just Miss 1 of the Stock Market’s 20 Best Days Ever? Don’t Panic