It was a choppy start to the week, but the market held true to its “turnaround Tuesday” tradition today, with the broader indices rallying nicely. The NASDAQ led the way higher, soaring more than 2.5% in early trading. This was a welcome relief following the tech-heavy index’s brief dip into correction territory yesterday. 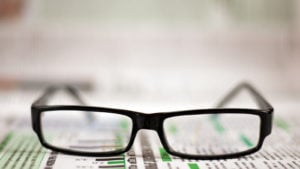 In my opinion, the real driver behind today’s market strength is that Wall Street is growing more and more optimistic about the economic recovery here in the U.S.

We’ve come a long way since the world began shutting down due to spreading COVID-19 about a year ago.

The reality is that the economic news is very, very positive. Consider this …

Despite a recent rise in interest rates to just over 3%, demand in the housing market remains strong and purchase activity is high, according to Freddie Mac, setting the stage for a strong Spring sales season.

The jobs market is also finally starting to improve. The Labor Department revealed that 379,000 jobs were created in February, exceeding economists’ expectations for 210,000 jobs. In addition, the January payroll figure was revised higher to show the creation of 166,000 jobs, compared to previous estimates of 49,000 jobs. As a result, the unemployment rate also declined to 6.2% in February, down from 6.3% in January.

Part of the improvement in the jobs market is thanks to several states reopening their doors. In fact, Texas and Mississippi announced last week that they were joining Alaska, Arizona, Florida, Georgia, Idaho, Iowa, Montana, Nebraska, North Dakota, Oklahoma, South Carolina, South Dakota and Tennessee in rolling back the mandatory mask mandates. Texas also revealed that businesses can now operate at maximum capacity.

So, as more states reopen their businesses and lift restrictions, I expect U.S. GDP growth to remain strong— and I’m not alone. In the wake of strong retail sales and manufacturing activity, plus COVID-19 restrictions being lifted in many states, first-quarter GDP is expected to be super strong. The Atlanta Fed announced on Friday that it expects first-quarter GDP to come in at an 8.3% annual pace.

In fact, the U.S. is on track this year to add more to the global economy than China for the first time since 2005. Economists predict both countries will grow at similar rates this year, but because the U.S. economy is about a third larger than China’s, it could wind up contributing more to global growth.

I should also add that the FDA granted Johnson & Johnson (NYSE:JNJ) an emergency use authorization (EUA) for its COVID-19 vaccine last week and distribution is now underway.

And our elected officials in Washington, D.C. are expected to approve another stimulus package this week, which would place a $1,400 check in many Americans’ hands in the coming weeks and further add to the rebound in consumer spending.

In January, when the federal government sent out $600 stimulus payments, it caused retail sales to spike 5.3%, excluding vehicle sales. So when the $1,400 checks go out, it’s going to cause consumer spending to surge.

So, it’s hard not to be optimistic right now.

We’re officially on the road to recovery, and I expect U.S. GDP growth to continue to expand in the upcoming weeks and months, all of which bodes well for the stock market, too. In fact, given the economic recovery recently, the first-quarter earnings announcement season is gearing up to be even more spectacular than the fourth-quarter earnings season. So, I anticipate a very strong stock market through May.

The timing couldn’t be better for my new Power Options service that launched last Wednesday. At Power Options, the premise is simple: Use long-term equity anticipation securities, known as LEAPS, to leverage the gains from fundamentally superior stocks with explosive potential. Through LEAPS, we have at least a year to benefit from the underlying stock’s movement, which also helps limit our risk.

My strategy starts by using my proprietary system to scour nearly 5,000 stocks per…

Growers from Okie Dokie Farm in Grass Valley show off their latest batch of carrots at last year’s farmers...

Irrational Exuberance? Today’s Wacky Markets Could Be Beyond That.

Text size Cryptocurrency exchange Coinbase Global debuted with a towering valuation, dwarfing that of Nasdaq. Courtesy of Nasdaq To...

Alcoa, DraftKings, PPG, Morgan Stanley: What to Watch When the Stock Market

Here’s what we’re watching ahead of Friday’s opening bell. U.S. stock futures edged up as another volley of corporate...

Stock market today: On account of weekend profit-booking, Indian indices are expected to remain range-bound throughout the intraday trade...

Bank Earnings in Focus as US Stocks Hit Records

Fear and Greed Suggests DJIA Rally Could Go On

A day in the life of Whitney Wolfe Herd, new billionaire, working mom