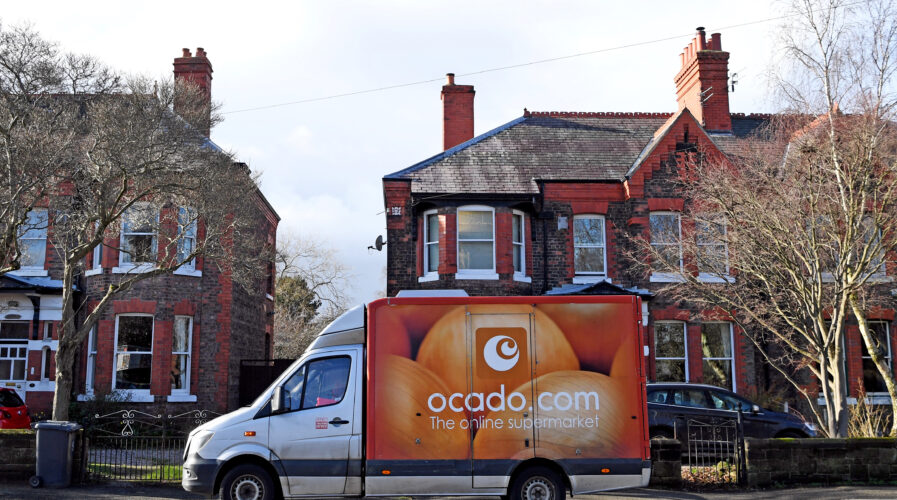 If you walk into Ocado’s “the hive”, a huge warehouse on the outskirts of Andover, England, you would come across thousands of robots zooming around a grid system to pack grocery items in long lines. The hive-grid-machine is the creation of Ocado, a British online-only supermarket that’s made a name for itself in recent years designing highly automated warehouses and selling the tech to other grocery chains.

Those robots can process 3.5 million items or 65,000 orders every week, communicating on a 4G network to avoid bumping into each other. Not only are they are very good at what they do, but they are also largely cheaper and more efficient than manpower.

That’s the future of retail at a glance – and more and more brands are embracing similar technologies. Ocado’s goal has always been to “disrupt itself”: to continually upgrade its technology so it can’t be overtaken by competitors. And disrupt itself it did.

Earlier this week, Ocado acquired San Francisco-headquartered robotics firm Kindred Systems and Las Vegas firm Haddington Dynamics for US$262 million and US$25 million, respectively. The acquisitions will bolster Ocado’s grocery technology, enabling the company and the other supermarkets it serves to replace some current warehouse workers. It also signals Ocado’s move into helping other kinds of retailers fulfill online orders.

It is also buying Haddington Dynamics, a small company based in Las Vegas that makes a sophisticated robotic arm for customers including DuPont and NASA, for US$25 million in cash and stock. There are two human-driven processes in its warehouses—decanting and picking— which costs about US$9 million per warehouse per year, Ocado said in a statement. And it is these two processes that Kindred’s and Haddington’s robotics systems are designed to help automate.

In recent years, Ocado has pivoted away from being an online grocery retailer to a provider of e-commerce and fulfillment technology for other grocery retailers. Ocado describes itself as a ‘technology-led, global, software and robotics platform business, with a strong retail heritage’.

To put it in perspective, in 2019 approximately 33% of Ocado’s revenue came from its solutions business and this is expected to increase due to the number of new partnerships it’s formed both domestically and internationally.

Winging it during a pandemic

Undeniably, the Covid-19 outbreak has caused a seismic shift in the grocery sector since the strict government-imposed lockdowns are forcing many consumers to shop for their groceries online. Like any large shifts in consumer behavior, there are winners and there are losers, and Ocado appears to be sitting comfortably in the winner’s camp, coming out as one of the best performing publicly listed UK companies during the pandemic.

Although its automated warehouses had trouble keeping pace with a surge in demand during March and April, the company soon recovered, in part by adding more warehouse workers and delivery drivers.

Last year, Ocado formed a 50:50 joint venture with Marks & Spencers to provide an online grocery platform for the UK market. In addition, Ocado has increased its international partnerships which now includes seven grocery retailers such as Kroger’s in the US and Coles in Australia. Ocado is also trialing its Ocado Zoom service in London which will serve customers with rapid online deliveries using what it calls mini-sized Centralized Fulfillment Centers (Mini-CFCs).

Dashveen writes for Tech Wire Asia and TechHQ, providing research-based commentary on the exciting world of technology in business. Previously, she reported on the ground of Malaysia’s fast-paced political arena and stock market.

Restaurant and retail staff have been underpaid and overworked for decades. Government aid during the economic crisis has allowed...

Despite new guidance from the Centers for Disease Control and Prevention, Apple will keep its mandatory mask policy in...

Amazon, McDonald’s, and Other Retail Giants Are Boosting Wages

Companies like Amazon, Walmart, and McDonald's are in the middle of a big hiring push. In a tight labor...

The Analytical Overview Of The Main Currency Pairs