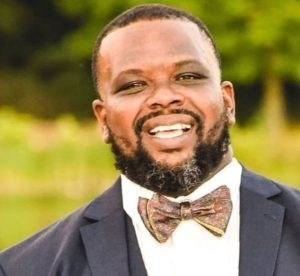 Najja K. Baptist, associate professor in the Department of Political Science and affiliate faculty in African and African American Studies, was elected to serve a two-year term on the executive council of the National Conference for Black Political Scientists.

The executive council serves as the primary policy-making body for the national conference. While serving on the council, Baptist will contribute to existing initiatives and task forces and develop additional projects on behalf of the National Conference for Black Political Scientists.

This 52-year-old association and its executive council have included some of the most well known and well regarded political scientists in the United States, including Mack Jones, Jewel Prestage, Shelby Lewis, Todd Shaw, Paula McClain, Dianne Pinderhughes, Lucius Barker, Sherri Wallace, Sekou Franklin, Shayla Nunnally and Pearl Dowe. Being nominated and elected so early in his career to serving in this role puts him in distinguished company.

The Nominations Committee commented on Baptist’s demonstrated record and great promise to make scholarly contributions in the field.

The National Conference for Black Political Scientists was founded in 1969 to address the challenges faced by black political scientists. It hosts an annual professional conference and sponsors the Participatory Redistricting Project, which trains students to be certified political cartographers. The Race and Democracy Project also examines how individuals of African descent can engage in voting and other forms of political activity. It also publishes the National Review of Black Politics.

Baptist joined the faculty at the U of A in 2019 and received his Ph.D. in political science from Howard University in 2020. His work primarily focuses on black politics, social movements, culture, political behavior, public opinion and mass media in the United States. He is currently exploring how former Pres. Trump engaged with members of Congress, specifically southern Congressional Black Caucus women of color, via social media. His work has appeared in numerous journals, such as National Political Science Review, Journal of Race and Ethnicity and Politics, Groups, and Identities.

Nifty today: SGX Nifty up 115 points; here’s what changed for market while you

NC Politics in the News – May 201 #1 | McGuireWoods Consulting

Economic Development THE NEWS AND OBSERVER: NC research universities are helping to drive the Triangle's tech surgeHope and confidence...

As Lebanese cry for justice, politics paralyzes the system

BEIRUT (AP) — Even after she was taken off an investigation into alleged financial crimes by a money transfer...

WASHINGTON – The Biden administration used its federal powers to limit emissions for the first time Monday, proposing a...

WallStreetBets has its own language: What stock rocket ships and diamond hands

Why Dick’s Sporting Goods is wildly outperforming amid the pandemic

A bitcoin ‘fear gauge’ measuring the cryptocurrency’s volatility has begun

The Nigerian Derivatives Regulatory Framework and the Development of an