RIAYDH — Top crude exporter Saudi Arabia on Saturday unveiled a sweeping campaign to tackle climate change and reduce carbon emissions, including a plan to plant billions of trees in the coming decades.

The OPEC kingpin seems an unlikely champion of clean energy, but the “Saudi Green Initiative” aims to reduce emissions by generating half of its energy from renewables by 2030, de facto ruler Crown Prince Mohammed bin Salman said.

Saudi Arabia also plans to plant 10 billion trees in the kingdom in the coming decades, he said in a statement released by the official SPA news agency.

Riyadh also plans to work with other Arab states on a “Middle East Green Initiative” to plant an additional 40 billion trees, in what would be the world’s largest reforestation program, he added. 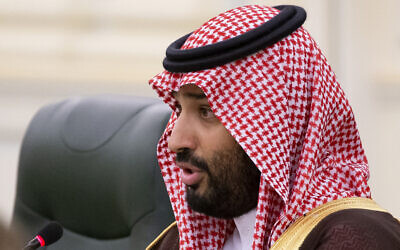 “The kingdom, the region and the world needs to go much further and faster in combatting climate change,” Prince Mohammed said.

“We reject the false choice between preserving the economy and protecting the environment.”

The statement did not elaborate on how the mammoth plan would be executed in a largely desert landscape with extremely limited renewable water sources.

Saudi Arabia currently draws on oil and natural gas to both meet its own fast-growing power demand and desalinate its water — which consumes huge quantities of oil daily. 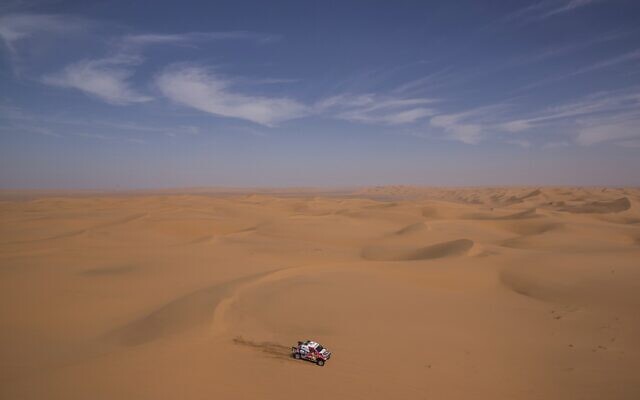 In this Jan. 12, 2020 photo, a car is seen in the desert in the Dakar Rally between Riyadh and Wadi Al Dawasir, Saudi Arabia (AP Photo/Bernat Armangue)

The new initiatives are part of the prince’s Vision 2030 plan to diversify the kingdom’s oil-reliant economy.

Some $13 billion is lost annually due to sand storms in the region, while pollution from greenhouse gases has reduced average Saudi life expectancy by 1.5 years, he added.

The initiatives come as energy giant Saudi Aramco, the kingdom’s cash cow, faces scrutiny from investors over its emissions. 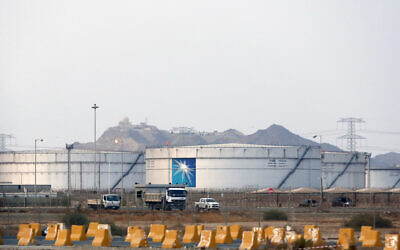 In January, Bloomberg News reported that the company excluded emissions generated from many of its refineries and petrochemical plants in its overall carbon disclosures to investors.

It added that if those facilities are included, the company’s self-reported carbon footprint could nearly double, adding as much as 55 million metric tons of carbon dioxide equivalent to its annual tally –- roughly the emissions produced by Portugal.


I’m proud to work at The Times of Israel

I’ll tell you the truth: Life here in Israel isn’t always easy. But it’s full of beauty and meaning.

I’m proud to work at The Times of Israel alongside colleagues who pour their hearts into their work day in, day out, to capture the complexity of this extraordinary place.

I believe our reporting sets an important tone of honesty and decency that’s essential to understand what’s really happening in Israel. It takes a lot of time, commitment and hard work from our team to get this right.

Your support, through membership in The Times of Israel Community, enables us to continue our work. Would you join our Community today?


Join the Times of Israel Community

Already a member? Sign in to stop seeing this


You’re serious. We appreciate that!


We’re really pleased that you’ve read X Times of Israel articles in the past month.

That’s why we come to work every day – to provide discerning readers like you with must-read coverage of Israel and the Jewish world.

So now we have a request. Unlike other news outlets, we haven’t put up a paywall. But as the journalism we do is costly, we invite readers for whom The Times of Israel has become important…

Gorgeous Jewelry Trends to Explore This 2021

A labourer carries vegetable oil packets on a tricycle as a man stands in front of his shop selling...

Upstream oil and gas spending in Latin America is on track for a modest year/year (y/y) recovery in 2021...

In this article we are going to present our list of the 15 biggest oil companies in USA. Click...

Sign up for our Middle East newsletter and follow us @middleeast for news on the region.Most equities markets in the...

Gorgeous Jewelry Trends to Explore This 2021

What Kind Of Shareholders Own Gem Diamonds Limited (LON:GEMD)?

‘I don’t own random ETFs with blood coin in them’

Digital innovation and the future of money